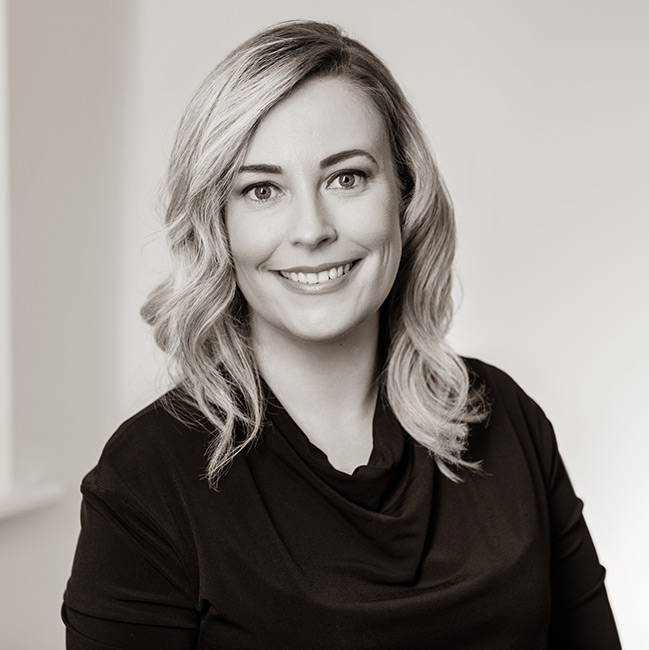 Emily graduated from UCC in 2007 with an honours BCL and went on to complete a Masters in Law in 2010. Emily’s thesis was entitled “Joint Adoption for Same-Sex Couples: A Case for Reform”. Prior to joining Rachel O’Toole Solicitors in 2016, Emily practised in a Dublin firm specialising in Property and Probate Law. Emily has extensive experience in the areas of residential & commercial conveyancing, landlord and tenant issues and probate law. Emily acts for investors, developers, vendors, purchasers in both residential and commercial conveyancing. Emily has acted for developers on the setting up and sale of new residential developments. She also represents both landlords and tenants in the negotiation of commercial leases for office blocks and retail units. Emily is the author of “Same-Sex Marriage” which was published in the 2012 edition of the Hibernian Law Journal. Emily was awarded the John Jermyn award in 2013 for achieving the highest results in the country in the Law Society’s PPC1 Exam in Wills & Probate. Emily can be contacted at emily@rachelotoole.ie

This website uses cookies to improve your experience while you navigate through the website. Out of these, the cookies that are categorized as necessary are stored on your browser as they are essential for the working of basic functionalities of the website. We also use third-party cookies that help us analyze and understand how you use this website. These cookies will be stored in your browser only with your consent. You also have the option to opt-out of these cookies. But opting out of some of these cookies may affect your browsing experience.